The primary goal for The Childrenâ€™s Inn was to encourage supporters to make their year-end contribution to the #GivingTuesday campaign and to build awareness about The Innâ€™s mission to support families with sick children receiving treatment at the NIH. Given this is an annual campaign, my strategy involved analyzing the past years’ campaign results and iterating.

Peer-to-peer fundraising – P2P is a very powerful tactic that turns your supporters into evangelists. By shifting messaging to encourage The Innâ€™s most engaged constituents to easily fundraise, they were able to amplify their message and reach new audiences. Approximately 35% of donations came from Facebookâ€™s peer-to-peer fundraising platform. 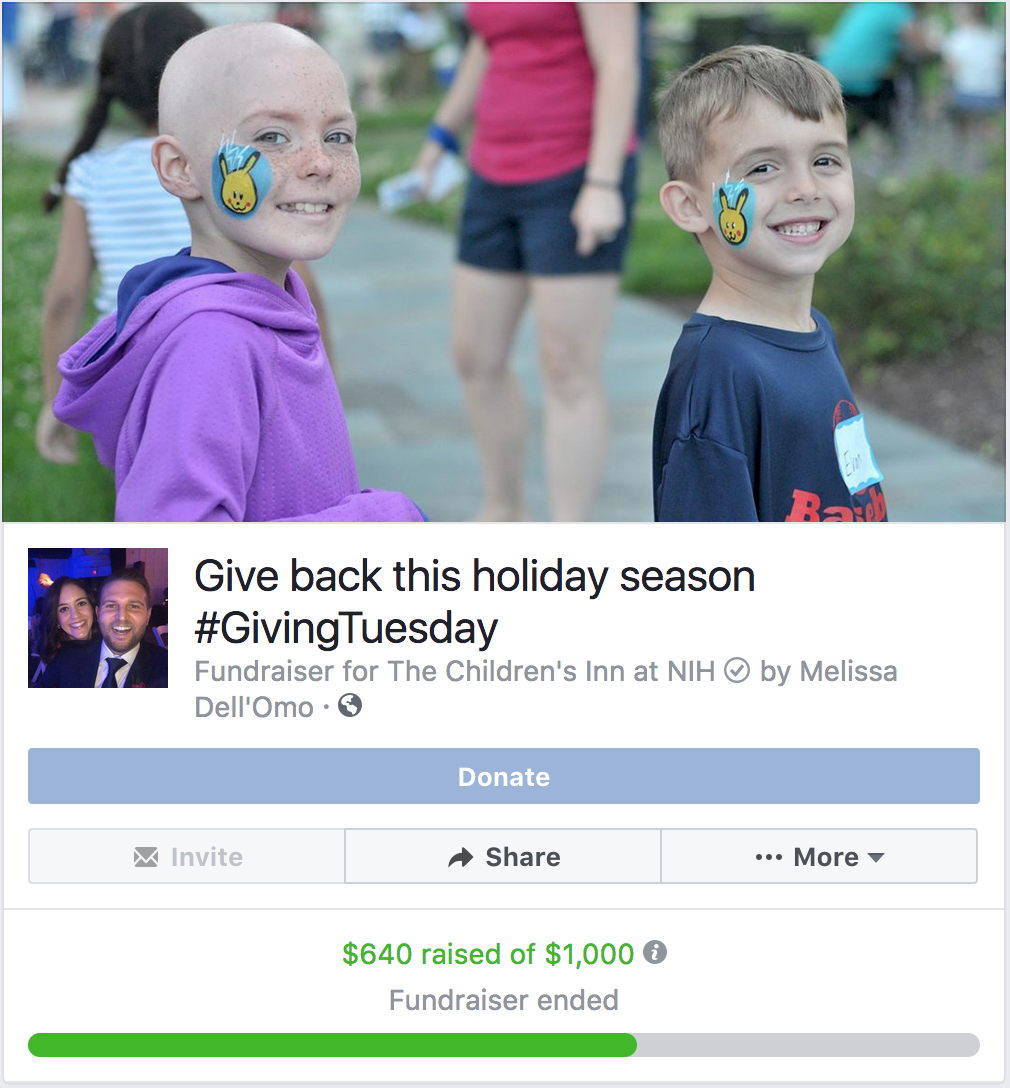 Social Media – Creating compelling graphics, imagery, and messaging is vital to a successful digital marketing campaign. Images and messaging that received the highest engagement on social media were re-purposed in the campaign for social media, email headers and landing pages. In The Childrenâ€™s Innâ€™s case, supporters responded best to photos of children and mission-driven messaging.

Video – We incorporated Facebook live to update supporters on #GivingTuesday. It was a series of eight videos throughout the day where we interviewed our CEO, Inn families, volunteers, staff, corporate supporters, and live streamed a BINGO activity with the families. At the end of the day, we had over 7,400 views and $8,000 donated from the videos.

Email – Targeted and personalized emails helped us engage our supporters. I used segmented lists to tailor my communications to the most engaged supporters like volunteers, staff, board members, and Inn families. These people received targeted messaging about how and why they should create their own peer-to-peer fundraiser for The Inn for #GivingTuesday. The rest of our supporters received reminders about the campaign and fundraising appeals that inspired them to contribute to the campaign.

Landing page and website optimization – A landing page and unique donation form was created to track conversions and referral traffic. Having a specific landing page allows supporters to validate that they are giving to the right campaign.

This strategy was the most successful integrated digital marketing campaign for The Childrenâ€™s Inn at NIH. It was omni-channel using email, social media, video, a landing page, and peer-to-peer fundraising. The campaign raised over $56,000, a 34% increase from the prior year.